The First Question to Ask When Building a Brand

King Cullen, the Mini and McDonald’s All Have One Thing in Common

Some of the most revolutionary ideas have not been created in the laboratories of Fortune 500 companies.

Some of the most revolutionary ideas were created by the simple process of taking an existing product or service and then sacrificing some of its features.

King Kullen
Michael J. Cullen worked as a clerk for the Atlantic & Pacific Co., moving on to general sales manager at Mutual Grocery and Kroger Stores.

He had an idea for a new type of grocery store, so he wrote a letter to the president of Kroger, describing an idea that would eventually revolutionize the grocery industry.

His letter went unanswered, so in 1930 he quit his job and moved his family to Long Island, where he leased a vacant garage in Queens and opened King Kullen, America’s first supermarket.

His idea: Get rid of the clerks and let consumers pick their own grocery products from the shelves.

Today, of course, supermarkets are known for their wide array of products and their low prices. But neither of these advantages would have been possible without the simple concept of getting rid of the clerks who used to jog back and forth from a counter at the front of the store to the shelves in the back.

Eight years later, the McDonald brothers realized that most of their profits came from hamburgers so they closed down their successful carhop drive-in and after renovations reopened with a simple menu of just 11 items: Hamburgers, cheeseburgers, French fries, shakes and drinks.

The carhops were eliminated to make McDonald’s a self-service operation. That was the key idea that created today’s fast-food industry. No waiters or waitresses.

Sony Walkman
In 1963, Philips Electronics designed a new sound recording medium: The cassette tape. Several years later, the company made it available free of charge to manufacturers all over the world.

Sony and other companies began designing new compact and portable tape recorders and players to take advantage of the cassette tape’s smaller size.

Sony’s key insight: If we do away with the speakers and the recording function, we can make a cassette-tape device that consumers can carry with them.

Said Sony founder Akio Morita, „This is the product that will satisfy those young people who want to listen to music all day. They’ll take it everywhere with them, and they won’t care about record functions.“

And they did take it everywhere and they didn’t care about the record function.

Uber
In 2010, Uber car service was officially launched in San Francisco. Uber’s pricing is similar to metered taxis, although all hiring and payment is handled exclusively through Uber and not with the driver personally.

During holiday times or severe inclement weather, Uber increases its prices to „surge“ levels to attract more drivers. Customers receive notice when making a reservation that prices have increased.

Last month, Uber announced $1.2 billion in funding in its latest round, which valued Uber at around $17 billion. (The Hertz Corporation has a market capitalization of $12.0 billion.)

Uber is now operating in 128 cities in 37 countries. Uber’s key insight: Get rid of the taxis dispatchers and use software instead.

Spanx
Sara Blakely didn’t like the look of seamed toes on her open-toed shoes. But she couldn’t find pantyhose that didn’t have a seam, and that didn’t roll up the leg after she cut off them.

So she developed her own line of „footless“ panty hose.

On her television show in 2000, Oprah Winfrey endorsed the product as one of her „favorite things,“ and Spanx took off.

A private company, Spanx claims to have $250 million in annual sales.

In its second year of operations, Southwest became profitable and has never had an unprofitable year in the 41 years since then while the four largest domestic airlines (American, Delta, United and US Airways) went bankrupt.

Southwest became the largest airline in America by doing away with first class. You might think that some other airline might have a similar idea. What if we did away with coach and became an all first-class airline?

Drybar
An attorney named Alli Webb has built a multi-million dollar business by eliminating the haircut and hair-dyeing services offered by most beauty salons and focusing on the blow drying that normally follows.

Or as Drybar says: „No cuts. No color. Just blowouts.“

„Blow-dry bars“ are now sprouting up all over with names like BloPro, MyBlow, BloBar, Blowlux, Blowout and Blo Me Away.

The loafer
For centuries, men’s shoes traditionally had laces. But in 1930, a shoemaker named Nils Tveranger in Aurland, Norway, introduced a design without laces called the „Aurland moccasin.“

The Norwegians began exporting them to the rest of Europe, where they were taken up by visiting Americans and championed by Esquire magazine.

A few years later, the Spaulding family in New Hampshire started making shoes based on this design naming them loafers, the generic term for all slip-on shoes today.

They should have trademarked the name.

The Mini
In 1957, Leonard Lord, president of British Motor Corporation decided to develop a reliable, efficient small car for consumers.

Lord gave designer Alec Issigonis the task of creating a car that would fit in a box 10 feet long, 4 feet wide and 4 feet tall. In addition, the passenger space in the car had to comprise 60 percent of the length of the vehicle.

There are many revolutionary developments in the Mini vehicle that Issigonis created, including the transverse-mounted engine. But one simple idea, in my opinion, is responsible for the continuing success of the Mini.

The elimination of the conventional trunk.

That simple idea resulted in a small car with the passenger space of a much larger vehicle. How often do you need a trunk anyway? Just put your stuff on the back seats.

BlackBerry was a roaring success until someone at Apple had the notion, „What if we did away with the physical keyboard?“

Laptop computer sales were increasing every year until someone at Apple had the notion, what we if cut a laptop in half, threw away the keyboard and put all the software behind the screen?

In today’s over-complex world, one way to success is to first start with a question. What can we do without? 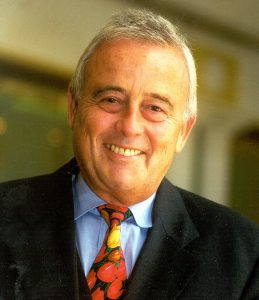 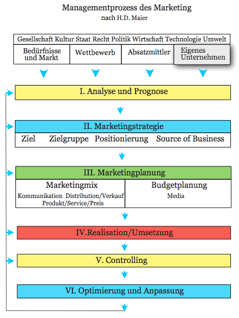